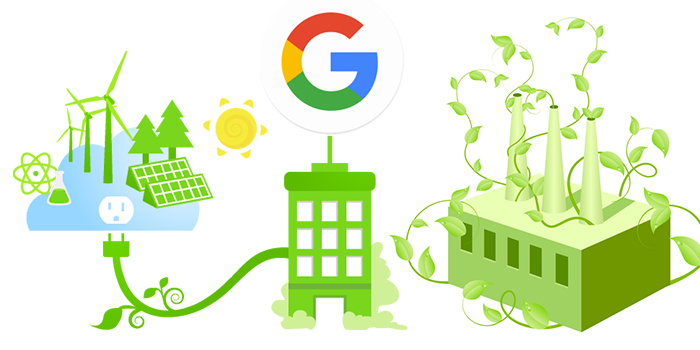 Google is well-known for being at the forefront of business and technology innovation, so it comes as no surprise that they’ve just announced they are set to be run on entirely renewable energy by the end of 2017.

After 10 years as a carbon-neutral corporation, Google have confirmed that their offices and data centres will be powered purely by solar and wind energy. As part of their ‘promise’ to make green energy more widely accepted and used in global corporations, the giant have invested $2.5 billion in renewable energy projects since 2010.

Announced in Google’s 2017 environmental report, Google says it has created “new energy purchasing models that others can follow” and that “we’ve helped drive wide-scale global adoption of clean energy.”

The company announced in July it would buy its first wind farm from Norway; “We’ll purchase power as soon as the wind farm becomes fully operational, which we expect will take place in early September 2017,” a Google spokesman told Reuters.

In addition to their goal of being run by renewable energy, Google is also working on achieving zero waste to landfill, with nearly half of their 14 data centres already achieving this goal.

What are your thoughts – can you see your current company achieving a ‘zero emission’ status at any point in the future? We’d love to hear your thoughts!